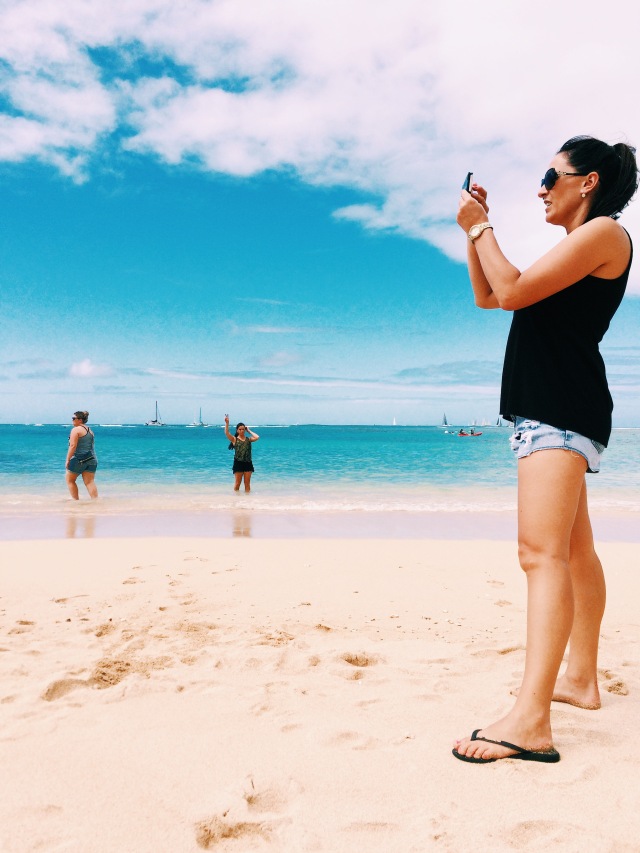 Last year whilst in my one-man tent surrounded by mud at Glastonbury Festival I was woken by the sound of a text message from a friend in New Zealand. The message read: “We have a spare ticket to Coachella. You in?” Due to the lack of sleep from the pounding music that had gone on till daylight the night before I didn’t really take a moment to consider the offer before responding with a simple ‘YES!’.

Over the next eight months Katie, Lauren, Jess and I worked on planning the trip of an absolute lifetime. What started as a three day festival in the Californian desert transformed into an ambitious itinerary spanning an entire month. .

I didn’t sleep for even a minute of the nine hour flight from Sydney to Honolulu. This proved not to be the best idea due to the fact that we touched down at our destination at 6:35am. After taking a well needed power nap at our hotel in Waikiki I went out with the girls to try and discover a bar playing the final of the Cricket World Cup. Every bar was filled with apologetic or confused staff who were unable to provide any information on where the cricket could be watched. Some were even confused about what cricket actually was. However, given the result of the match I feel as though it was a blessing that watching cricket was basically condemned on the island of Oahu..

Instead of sitting down to a night of watching (what I consider) the most boring sport there is we discovered extra large cocktails on the beach. It was on this evening that we were able to sample the ‘free pour’ drinks which mainly consisted of sprits with a dash of soda water..

After a night of free pours I woke the next morning feeling rather seedy. We agreed the best cure for our self-inflicted illnesses would be a day lounging on the shore of the famous Waikiki beach. Just the view of the clear blue ocean and white sandy beaches was enough to make me forget the pain caused from the night before. Katie and I decided to make like the locals by grabbing a surf board and paddling out to the waves. Here’s a tip for those who have never been surfing, or never been to Hawaii. It’s hard work! Just paddling what feels like a kilometre out to the surf is tough. Then spending the next hour challenging monstrous waves and fighting to keep above the water is enough to make even the biggest fitness freak struggling for breath. When I finally got back to the shore I fell down on the sand three times, my legs too weak to support my torso..

The next morning we decided to escape the touristy Waikiki beach by hiring a Jeep and driving around the island. Lauren was the brave one to take on the challenge of driving on the right hand side of the road (or for us Kiwis, the wrong side). Apart from some close calls and a few natural intrusions over to the left side of the road we managed to survive the day. We watched the giant waves (which I wasn’t quite ready to take on) crash into the shore at Pipeline, famous for it’s international surfing competitions. . 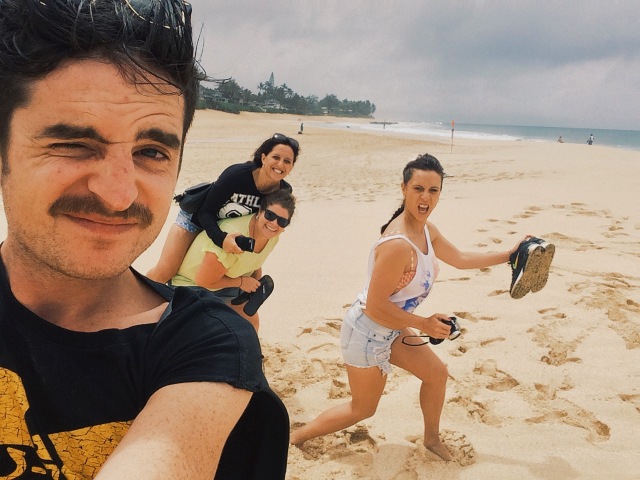 I was expecting my time on the Island to be slow moving and relaxing. However, it was all over in what felt like a matter of minutes. As we boarded our plane for the next American destination the girls and I were apprehensive to leave for the colder climate of the mainland. I called out the traditional ‘Mahalo’ to the very friendly airport staff before boarding our next flight destined for Oakland..